The short documentary produced by Good Karma Projects and filmed by Joe Delahunty, analyses the quantity of micro-plastics found in the Mediterranean sea and their impact on the environment.

Last 2nd of May we presented the short documentary ‘Mediterráneamente Plástico’ in the theatre/auditorium of Salou in front of 500 kids. The students, from age 8 to 11 years old coming from 5 different local schools, were the first ones to see the movie and give their feedback. We started the activity with a presentation called: ‘¿Sabías que los océanos están en peligro?’ (Did you know the oceans are in danger?) that kids loved and help them understand why the power of change is in everyone of us. 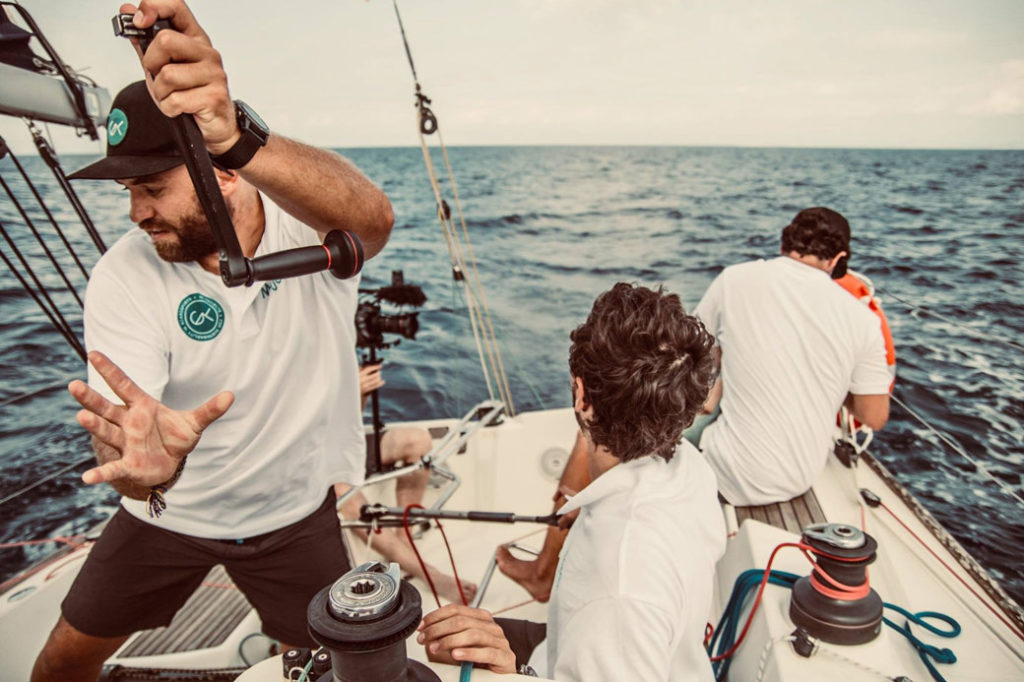 Friends, sailing, surf and awareness. The documentay, filmed by the photographer and videographer Joe Delahunty, follows the GK team sailing through the Mediterranean collecting micro-plastics while participating in a regatta from Salou to Mallorca.

<< Are you aware on how much plastic we use every day? Albert asked while pulling out of a basket plastic containers and objects that we use since we wake up: toothbrush, soap and shampoo container, the juice tetra-brick… << Only 1 out of 10 plastic bottles gets recycled >> and all the plastic that doesn’t get recycled has a big big change to end in our seas. A plastic bottle, for example, will be in the sea for 500 years.

When we finished the presentation we showed the kids some samples of micro-plastics we collected during the regatta and some of the students could recognise the plastic pellets (also known as Mermaids’ tears) use for plastic production, because they use to find it when they go to the beach.

The kids also had their time to talk and share their ideas. Some proposed to change the plastic containers for glass containers. Pau Melero, from 5º grade, explained he already knew that there was so much plastic in the ocean, but that the documentary make him thought about it again: << I will try to not use as much plastic anymore >>. Martín Sánchez, from the same grade, said that what shocked him is that << there is micro-plastics in the sea that we can not see >>.

The official premier of the documentary will be on the 8th June in the Barcelona Surf Festival.