This week we had the pleasure of presenting during the CONAMA 2020 (National Environmental Congress) held in Madrid between May 31 and June 3, the progress of our study of contamination by pellets in Tarragona. The study was presented in block ST-46 Trash Marinas on Monday afternoon. 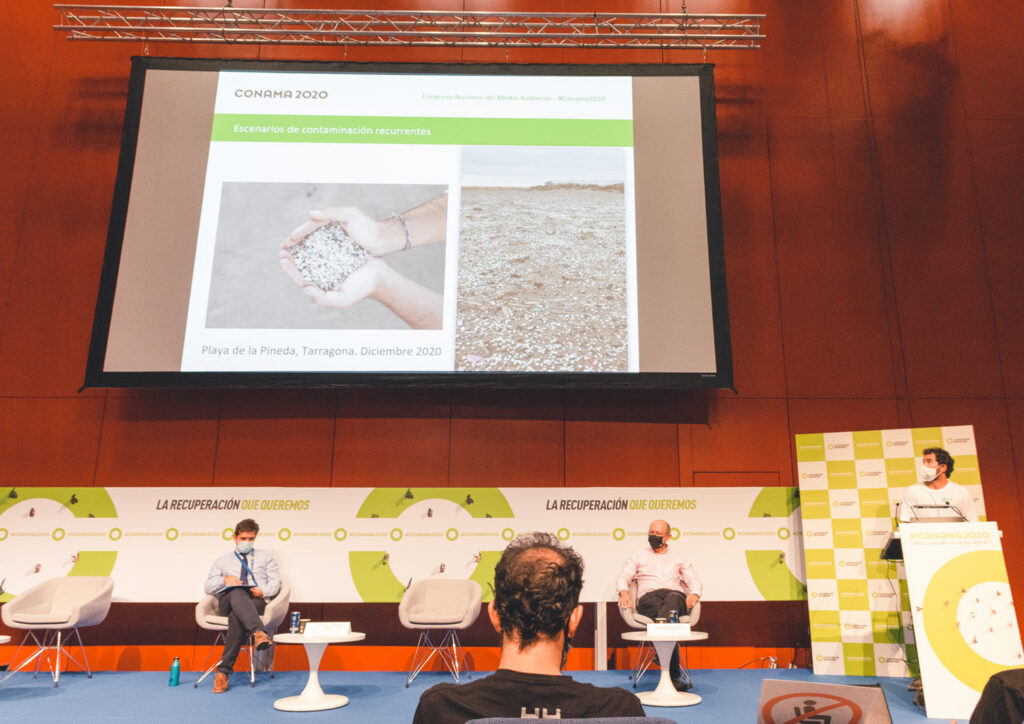 The study that we are carrying out from the organization denies the theory and false myth about the origin of plastic pellets on the beaches of Tarragona, which until now was associated with losses in maritime transport, and focuses on the Francolí River and its streams that flow down loaded with these microplastics.

After months of research, the study relates the episodes of contamination on the beach with the episodes of rain, so the study has been extended to the Francolí River Basin and the adjoining streams that cross the Polígono Sur.

The sources of contamination by plastic pellets are clear, we have found pellets in all the streams and rivers located near the companies that produce or handle them. There are significant pellet concentrations in streams up to 20 km inland.
–said Jordi Oliva 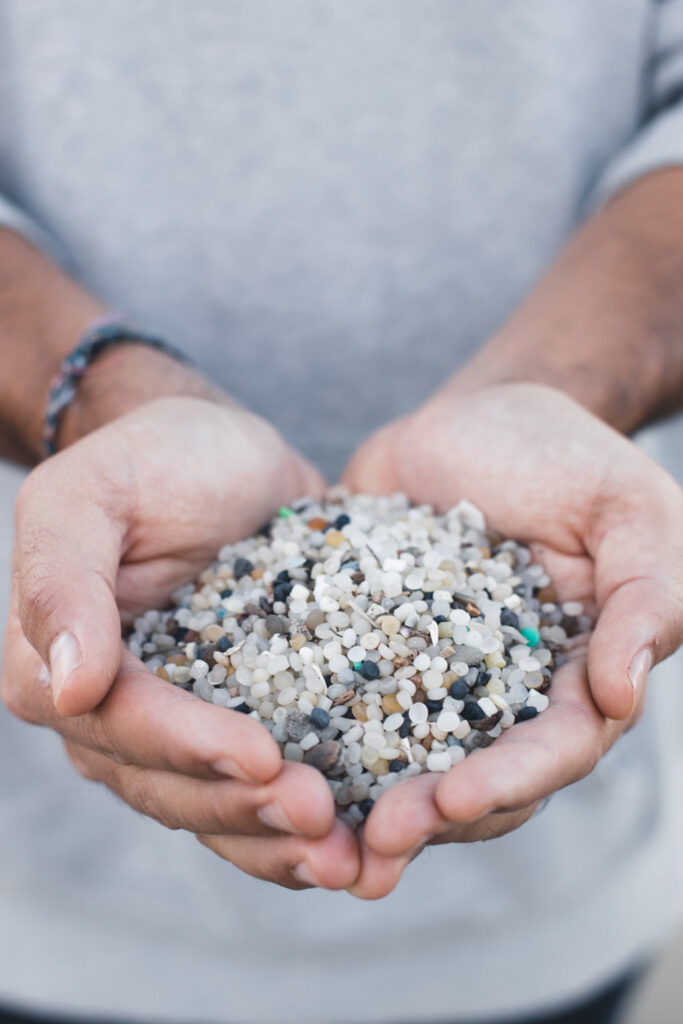 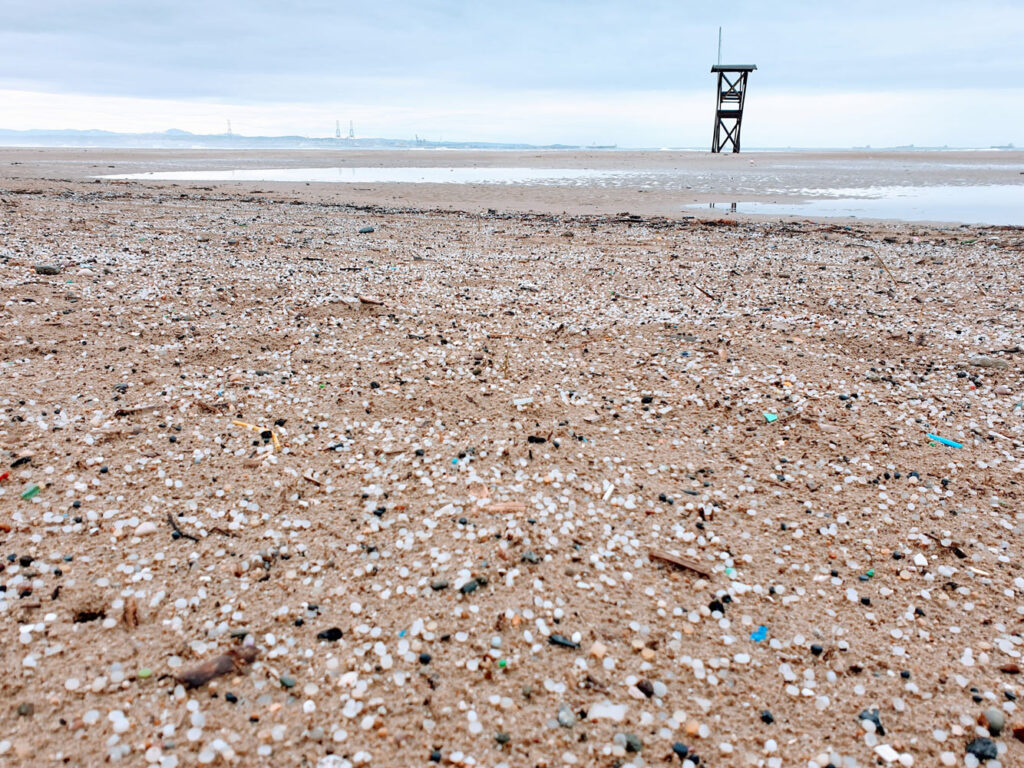 In turn, the MITERD presented as a priority line the identification of the origin of the contamination by pellets of Playa de la Pineda and its surroundings (with a focus on the Francolí River basin), after Good Karma Projects transferred the problem to the ministry last February. This was presented by Marta Martínez-Gil Pardo, (Head of the Division for the Protection of the Sea) in her speech

Jordi Oliva, coordinator of #MEDPLASTIC, gave the presentation and also participated in the discussion table on microplastics together with María Plaza from CEDEX, Juan Ruíz from Plastics Europe, Pilar Zorzo from the Spanish Association of Marine Garbage (AEBAM) and the Professor of Chemical Engineering. University of Alcalá, Roberto Casal.

At Good Karma Projects we began to work on this issue after the appearance of more than 90 million pellets in Platja de La Pinedathat took place at the end of 2018. After the episode of contamination of Platja de la Pineda, the local media explained that the danger was non-existent and that “the beaches would be cleaned naturally”, the organization decided to start generating a knowledge base, denouncing the source of the emission of microplastics and study its impact. 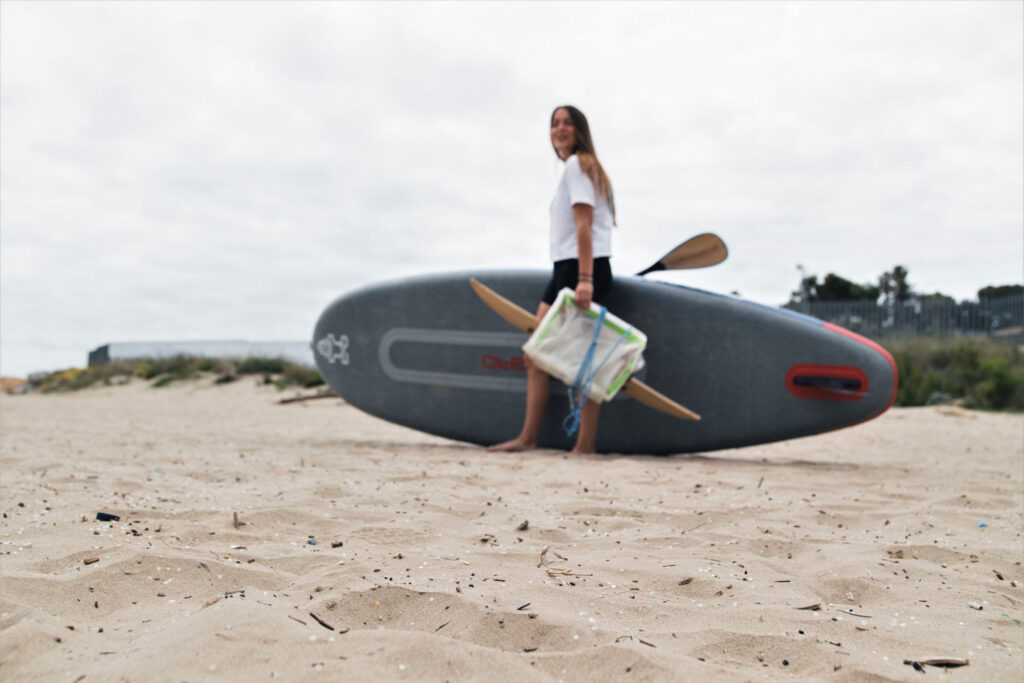 For us now it is important to know the extent of the contamination, at the moment we only know what we have seen in rivers, streams and beaches. We need to know where all those pellets go that the prevailing wind and currents carry out to sea.

This is why we are already preparing an expedition to the Mediterranean that will take place at the end of this month, with the aim of better understanding the scope of these pellets in the waters of the Mediterranean.

Do you want to help? contribute? participate?